Inskip Point is an old favourite of Andrew and mine – camping pre kids used to involve packing up our Trusty Rusty Troopy and hitting the highway late on a Friday afternoon with the boat hitched up. It has been a while since I’ve been at Inskip (5yrs to be exact) but not Andrew, he frequents the place on his solo weekends, boys trips and also takes the kids up there for a night every now and then.

It’s a great spot opposite Fraser Island – you have the best of both worlds, surf beach on the east and south/west you have the calm and sheltered water of Tin Can Bay & the Great Sandy Strait.

There is a sealed road all the way to Inskip so 2WD’s can easily access the campgrounds by parking on the street (plenty available) then you could walk your gear in if you don’t have a 4WD.

This trip rekindled my love for Inskip. The safe shallow waters were perfect for the young kids to paddle around in while Andrew fished.

Generally right on 2 hours from Buddina to Inskip. This can vary slightly depending on road works or if you get stuck behind someone going under the speed limit along the single-lane section heading into Rainbow Beach. It is a super easy drive along sealed roads via Gympie (don’t let google maps take you along Cooloola Way – there is a fair bit of corrugation on this road).
or
Rather than going via Gympie if the tides are right you could take the barge at Noosa across to Noosa North shore, drive up the beach and then take Freshwater Track onto Rainbow Beach Rd.

Check out the National Parks map here. There are lots of places to choose from

Our preference is to be closest to the barge landing area (Sarawak, Beagle, Natone) we don’t usually camp in Oaks or Dorrigo as it is very wind dependant.  Saying this, pre-kids we have camped up high on the dunes of Dorrigo.

Sarawak & Beagle are on the Great Sandy Strait inlet so the beach out the front typically doesn’t have many waves but be warned the current coming through can be very fast.

Sarawak is closest to the ‘sinkhole’ – which is actually a great protected place to swim at and also across the road you can camp on the ‘Pelican Bay’ side of the road – be warned it is super soft sand and very tidal.

All the camping areas have drop toilets, rubbish bins and lots of shady trees to park under. 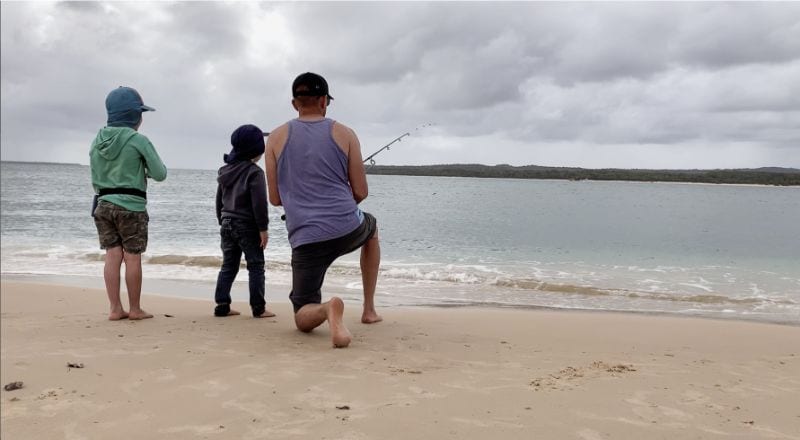 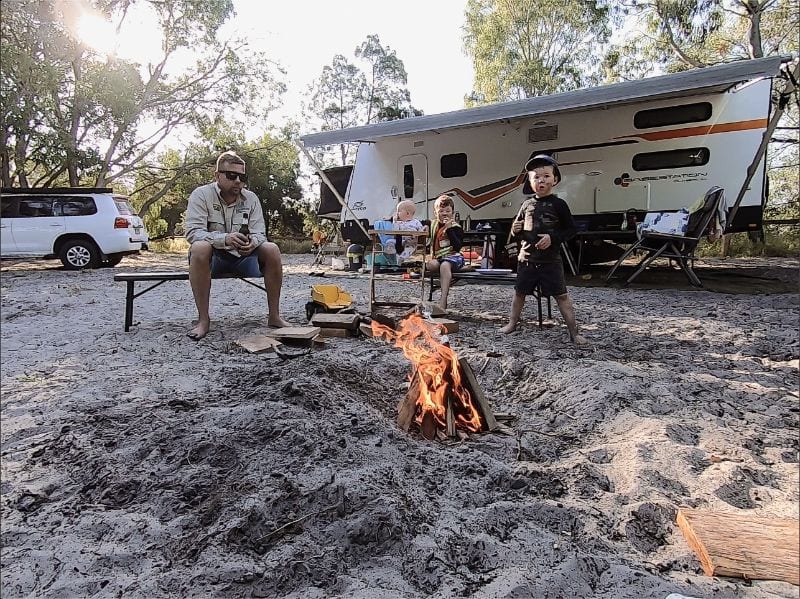 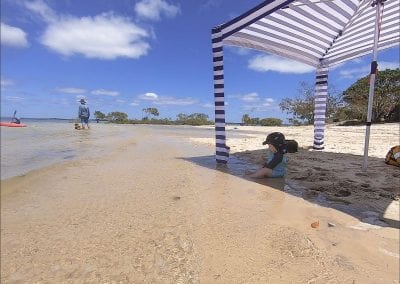 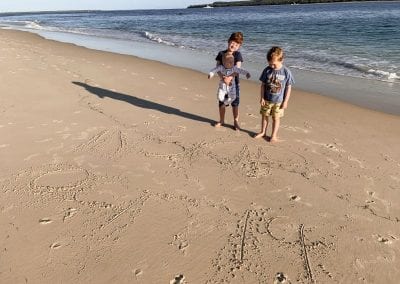 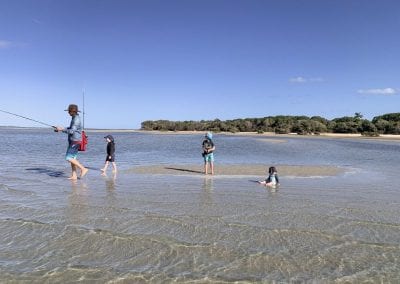 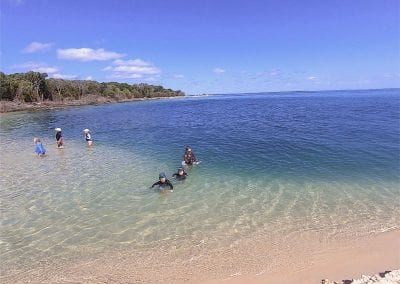 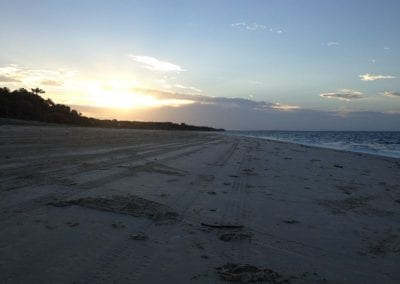 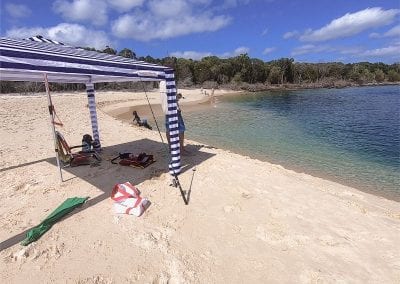 Other Points of Interest:

Well, I hope that has inspired you to head camping to Inskip Point. It really does have something for everyone. If there is anything I’ve missed and you think we should include it, feel free to comment below!