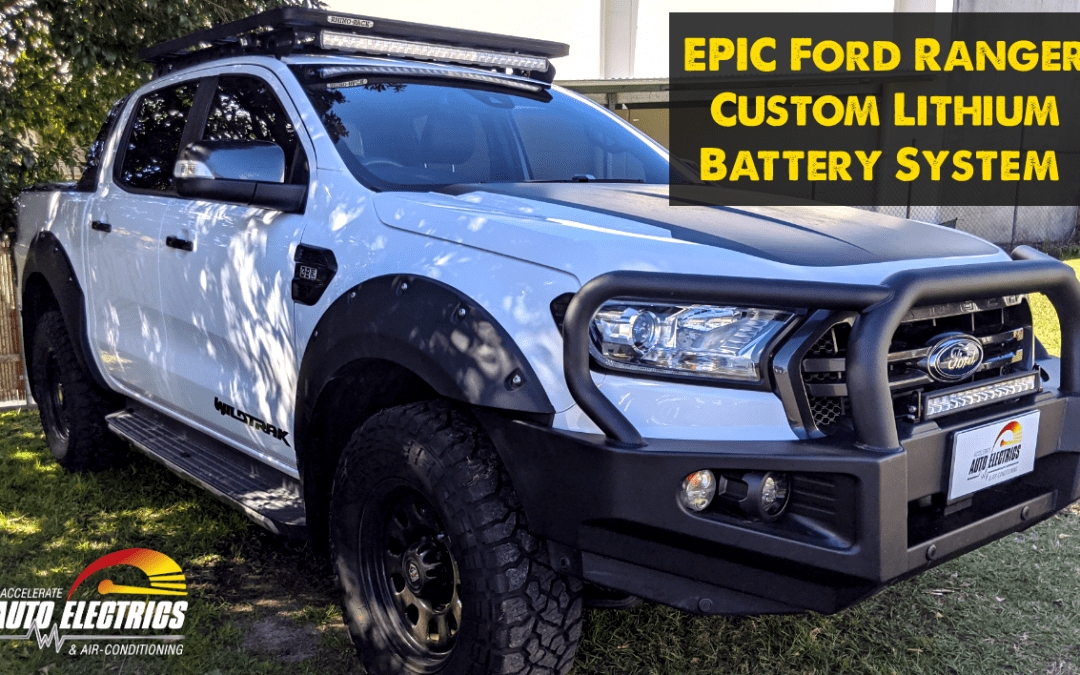 Got a Dual-Cab ute and you wanna run a coffee machine from your behind seat, dual battery kit?

Check out this epic build.

So here we are down the back. So, what the brief was is it’s all about the coffee machine with this one, the customer has got quite a large coffee machine that he wants to run off grid.

So what we’ve done, is these are a new product on the market. We’ve fitted two 100 Amp, BainTech,  Slimline Lithium Batteries. So they’re stacked in here,  they fit on top of each other perfectly. What that’s given us, the ability to do then is we pretty much got 200 Amps of lithium fitting perfectly behind this backseat, we’ve got it all charging with the Redarc 1240D.

Given some fuses, I’ll show you some other stuff that this is actually wired to round the vehicle, but I thought I’d start with the power source.

And then the other thing we’ve got going on is the big, Redarc 2000 watt inverter. So that’s a solid inverter.

It is gonna give these batteries a bit of a hit, but if you notice down a bit further, we’ve fitted the Victron

Bluetooth Battery Monitor, and that’ll give us the full ability to see how the batteries are travelling while we’re going.

Obviously, it’s gonna depend on how many coffees and so on we make, but we’ve definitely got a fair bit of power and it’s as good as we can get behind this 200 Amps is the biggest we’ve got so far.

Alright, so what else we got here?

So we’ve fitted a ARB compressor down here and that’s obviously just to pump tyres and so on. We’ve still retained that other storage and we’ve given an outlet. You probably cannot see from there, but there’s an outlet here. 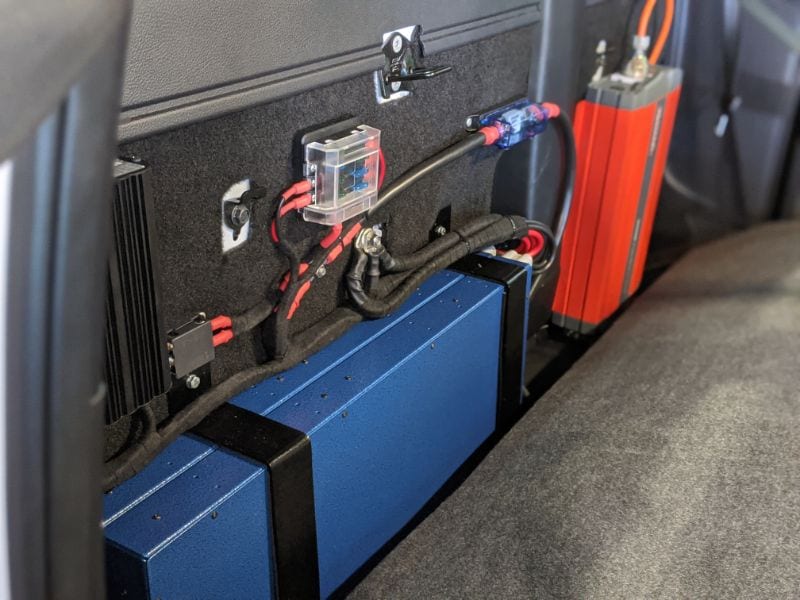 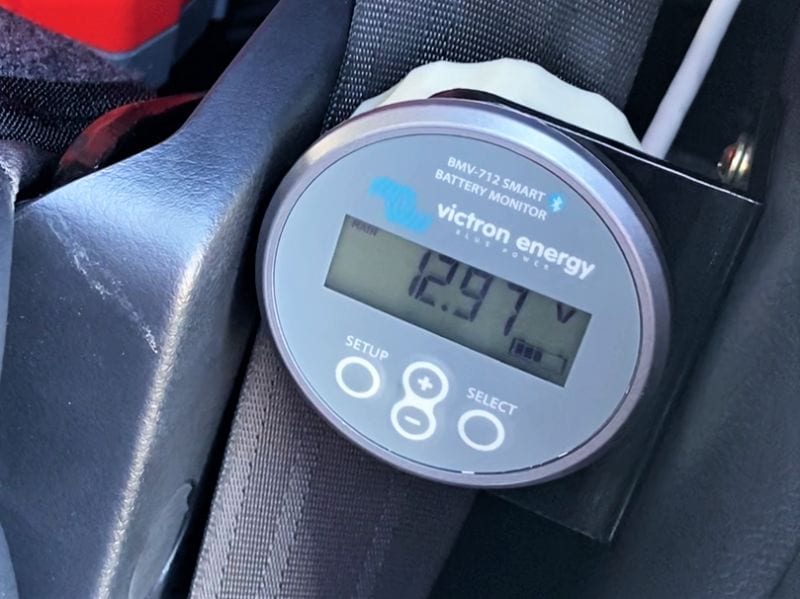 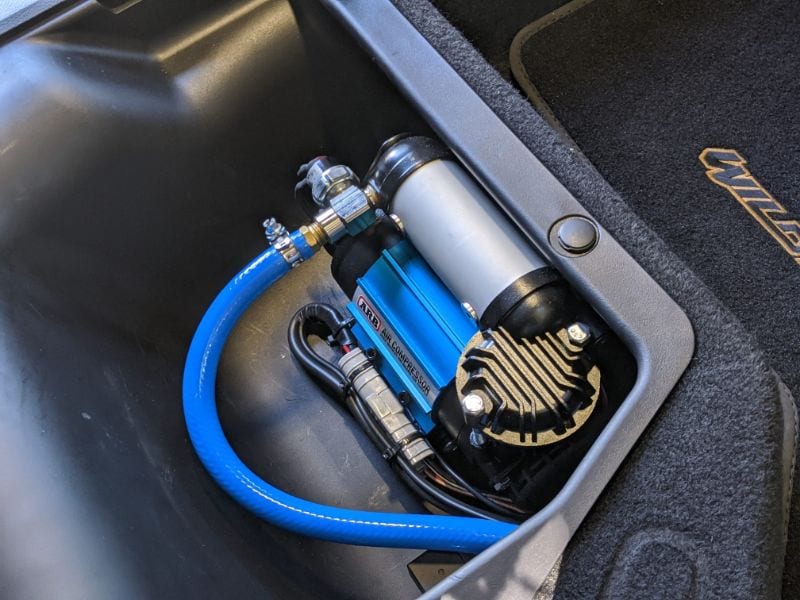 So if the photographers step back, you’ll see that we’ve got some, these are on both sides, but we’ll just show you this side. We’ve whacked some Night Armour spotters, 20W spotters, around the top of this backbone.

The light bar on the front was already fitted to the vehicle, but these match in nicely, we put the switches up here, so when you camping, you can just walk up, switch them on, leave them on. You don’t have to open your car, open the doors and so on. There’s a couple more of them up the top there, so that’s cool.

The other thing we’ve added is an ARB Frontier, Long Range fuel tank underneath. And I think that’s about it, to be honest, it’s all about the coffee with this one. So 200 Amps of Lithium, 2000W inverter, all ready to go. 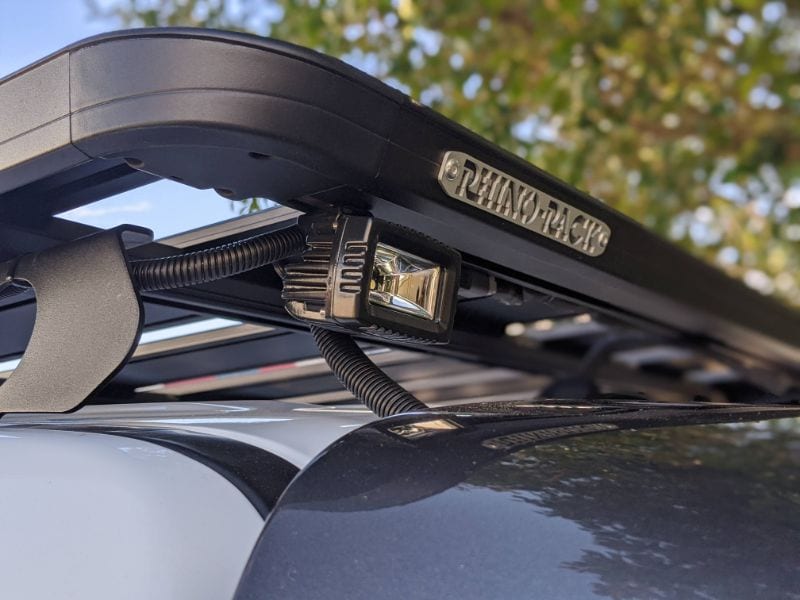 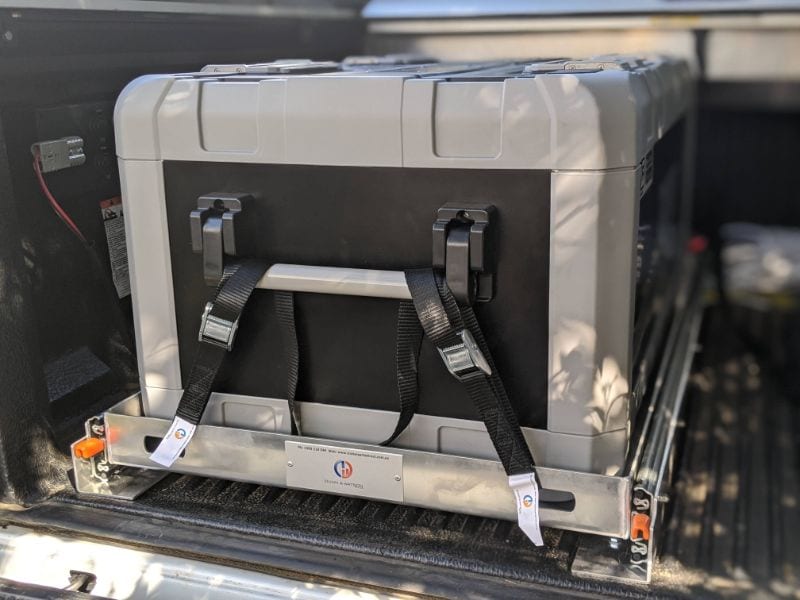 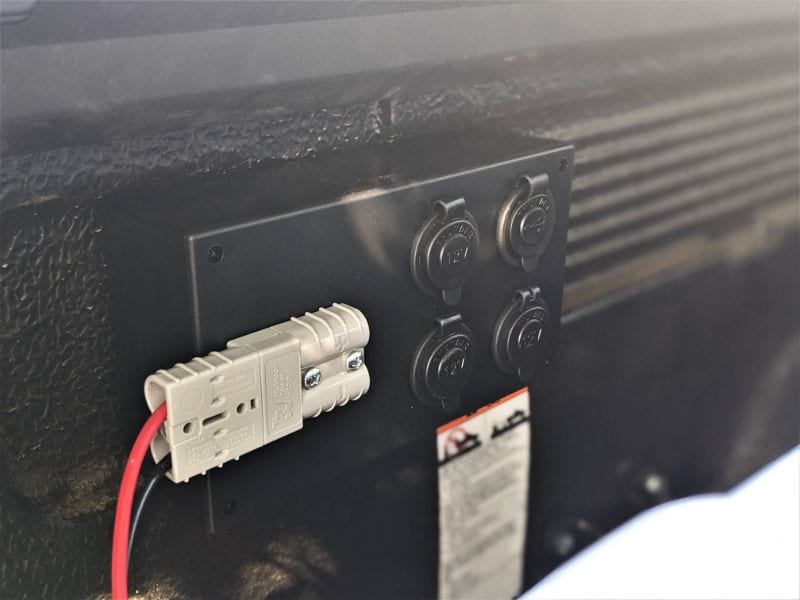