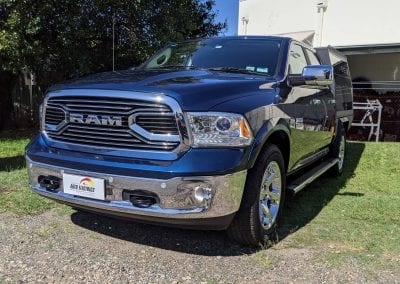 So on the back of this RAM, we’ve got a Zone Canopy and we’ve fitted it out with some really cool stuff.

So come for a walk down. I started at the front just to show you how cool this RAM looks in the sun. But here we’ve got one of the new ZONE composite canopies and what we’ve done is we fitted it out with a fully integrated Enerdrive system.

So, pretty much we’ve got a standard 200 BTech going on here. We’ve got a 2000 watt transfer inverter.

We’ve got the DC2DC charger that obviously is charging the battery from the alternator and he’s gonna do a solar panel. We’re still trying to work out what setup we’re gonna do with the roof. So we haven’t put a panel there, but we’ve wired it all up ready for it. Midi fuse holder, fuses. So it’s all integrated with the power point. So we’ve got GPOs here and we’ve got some GPOs up there as well so that he can run and charge some things in here.

I’ll show you some other cool features.

One that we’ve done that’s really slick. I don’t know how well are you gonna see this, is when we go through the modes on these lights. So the Zone Canopy initially comes with these white ones built in here but we wanted to get some insect ones and dimmable and so on. So we’ve actually got some Hard Korr Off-Road and we’ve integrated the two. So now we’ve got it like this it’s full white and then we can dim, I don’t know if you could see all four dim and then what we’ve done is you go to insect mode.

So now we’ve got two oranges here and the original zone lights turn off. So with bright white, four lights going great then we can dim them. And then we can just go to the insect ones.

Now, basically all of this is just to run the fridge and with the magic of TV, we’ll install a fridge right now. And then we have it one installed fridge. So we’ve left it out so you could see everything with it out of there. But what we’ve got here is 135L Dometic fridge, upright obviously, look at all the room, I’m in love.

When I do my canopy build, definitely getting an upright fridge.

So yeah, that’s it obviously also down here we’ve got some USBs, we’ve got some Cig sockets. This will run off- grid all the time. And yeah, great for a canopy. Our lights are shining down in the fridge. We’ll actually mount the fridge a bit further back but we’ve put it forward for the video.

Now, one other really cool feature. And if you come around here, I’ll show you. This is gonna be a little bit hard to video but we’ll see what we can do.

This side is a full dog box. I know it’s a pram box at the moment but it’s actually a dog box. Customer is going to have a dog in here. Obviously, it’s very well-ventilated. There’s also a vent up the top there that you might not be able to see, but what we’ve done, he supplied us with a full dash cam set up with its own camera. So I’ve actually got a camera running in here. So while we’re driving along, we’ll have a temperature sensor in here and we’ll also have a full camera screen that’ll show up on the dash, and so the whole time you’ll know the temperature and be able to see his dog.

So those of you that love your dog more than your kids, great set up for you. So thanks for watching our run-through on this RAM. I love this one. It’s a mint looking car, has super lightweight Zone Canopy, super lightweight battery fitted out, ready to go off-grid with some really nifty features with the camera in the dog box and all the lighting that’s all controlled in one spot.

If you’ve got anything to say about it, comment below. 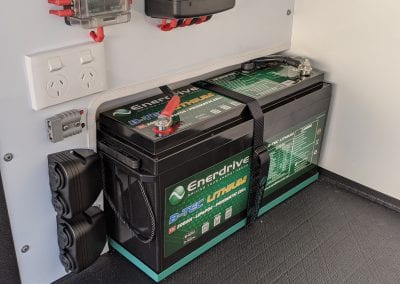 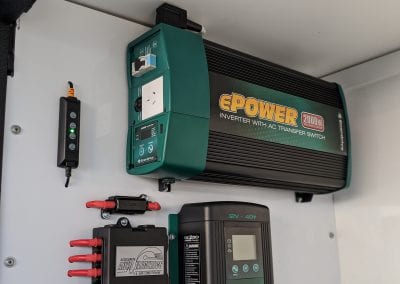 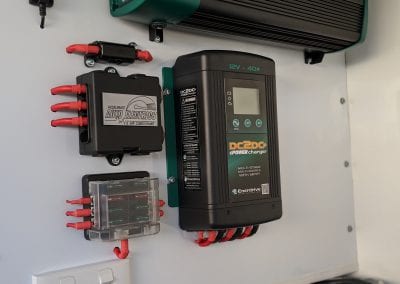 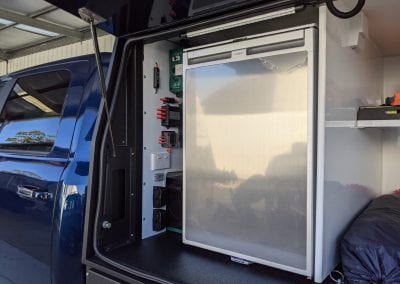 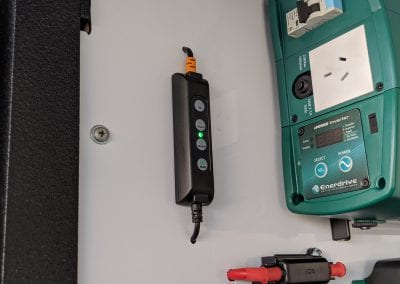 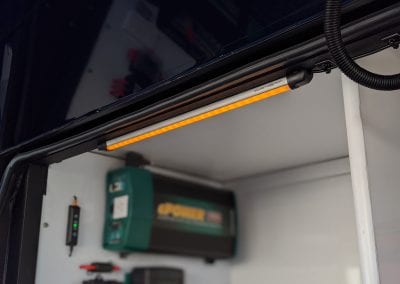 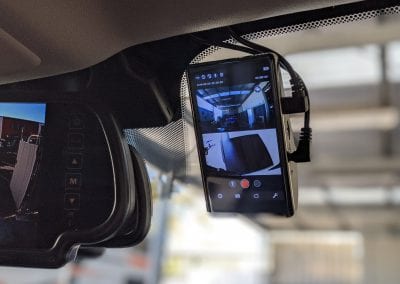 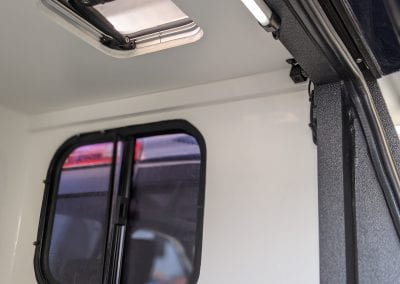